Notes on a conversation with Mark Bitterman, Owner of “The Meadow” in New York City and Portland, and award wining cook book author and businessman.

When I asked Mark how he got involved with  chocolate after becoming nationally known for his salt cookbook, and his cutting edge work with bitters, he  told me he was drawn to chocolate as he developed his early interest in the terroir of wine, and the plethora of flavors he discovered  during his studies in France. The French were the first to emphasize the terroir in chocolate. After settling in Portland he became involved in the then growing, now booming interest in bean to bar and craft chocolate. (Portland is now the home of a long list of chocolate companies.)  He attributes this to the natural outgrowth of the city’s long standing interest in food quality, and interest in making premium products in coffee, craft beer, food, and liquor.
The “authentic origins ‘ behind such products ,as he put it, drives these businesses. That was the interest which prompted him to offer a very large selection of Oregon , American and international premium quality chocolate at his stores.  Since I spoke with him he has opened a “pop up” Meadow shop in Los Angeles booming arts district. Mark grew up in Southern California so this is a sort of homecoming for him. 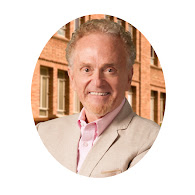 Lee Scott Theisen, Ph.D., American History and Latin American History at the University of Arizona. He has taught history, film, and food culture, and lectured widely on chocolate and food. He is a baker, chef, and world traveler.